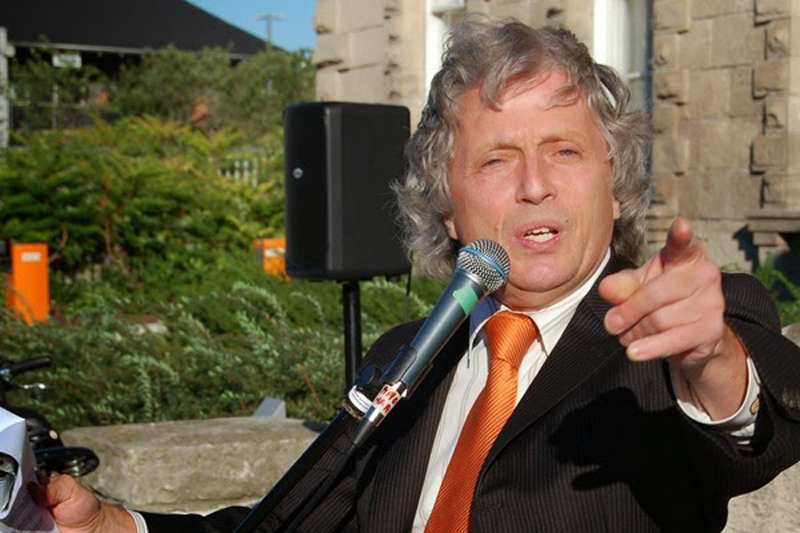 Arriving at the Essex Street campaign office for James Gordon, the candidate takes a minute to show my around his digs. He leads me to the back and says you’ll like this. He opens the door to a large backroom where in one corner there’s a stack of campaign signs, and in the other a drum kit and amps. It seems that you can take the boy out of the band, as it were, but then he brings the band with him onto the campaign trail.

The 2014 campaign represents the second time that Gordon has run provincially. In 2011, Gordon came within 802 votes of second place candidate Greg Schirk. Combined with a fairly good tailwind for the NDP from local by-election victories province-wide, and the party must think that they have a decent shot at winning Guelph. Certainly, Gordon has both the name cache and the politics to make it happen.

In my interview with James Gordon, we talked about the NDP platform, the lack of environmental discussion in this election, running against high profile politicians and rumors of internal strife in the NDP. So without further ado, let’s get in to the Politicast…

You can stream the episode here, or download it from the source here.

The theme music for Guelph Politicast is “Volksing Ferretismico” by Goto80 and the Uwe Schenk Band from Silent Movie Pianos 1 – Action and Marches.

And as with previous podcasts featuring provincial election candidates, there’s a video segment. Find out what it means to James Gordon below:

And as with previous podcasts featuring provincial election candidates, there’s a video segment. Find out what it means to James Gordon here.

The music used in the “What does it mean to you to represent the people of Guelph at Queen’s Park?” video segment is “Good to Go” by Josh Woodward from The Simple Life Pt 2 available on freemusicarchive.org.