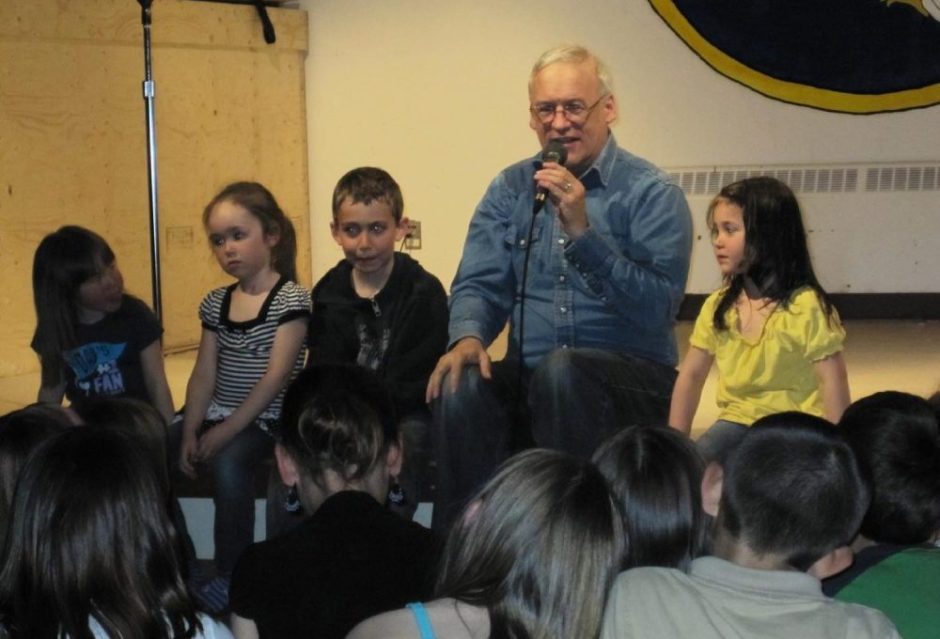 When you’ve sold more than 80 million copies of your book, have a Juno, a membership in the Order of Canada, and a star on Canada’s Walk of Fame, you should probably have a school named after you in the town you’ve called home for nearly 50 years. This is the case being made by Kyle Reaburn, a candidate running for one of the two trustee seats for Wards 2, 3, and 4 on the Upper Grand District School Board.

“Robert Munsch is a beloved local figure whose writing has delighted children around the world. I remember reading I Love You Forever and The Paper Bag Princess with my mom as a child, and I know many people, whether parents or grown children or children still, feel his immense impact today” said Reaburn in a media release Thursday. “If elected, I will champion a proposal to name a Guelph school after Robert Munsch, to show how much our community cherishes him.”

This would not be the first time that a local school was named after someone who’s Guelph famous. There’s Jean Little Public School in the south end, named for Munsch’s children’s lit contemporary who also wrote more than 50 books and resided in Guelph until her death in 2020. There’s also École Edward Johnson, named after the opera tenor acclaimed as once of Canada’s greatest opera singers.

Although Musch was born in Pittsburgh, he’s been an adopted Guelphite since he and his wife moved here in 1975. Working out of the the Family Studies Department at the University of Guelph, Munsch would entertain the children with stories of his own invention, and they were so well-received that his colleagues started pushing him to write them down and publish them. His first book, Mud Puddle, was rejected by nine-of-ten publishers, but it sold 3,000 copies when Annick Press ran it in 1979, starting Munsch on the path of being a best-selling author and Can-Lit luminary.

In a October 2021 interview with the CBC, Munsch revealed that he has dementia and that he’s no longer able to drive, ride a bike, or even write anymore. Munsch called the interview a “last hurrah” and noted that although his physical health was failing, he still vividly remembered all his stories. “My stories, strangely enough, are all there. The stories will be the last thing to go, I think,” Munsch said.

Just last month, Munsch gave what he called his last performance at a Guelph Guild of Storytellers event in the Enabling Garden at Riverside Park. He will be made a patron of the Guild at this Friday’s season finale of Tea N’ Tales.