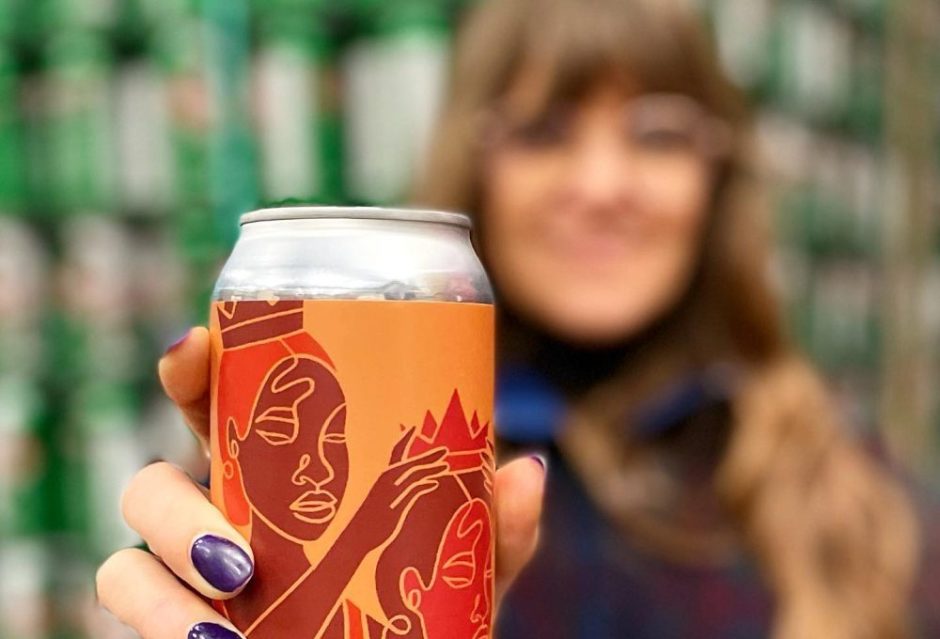 Historically, women played a pretty big role in the brewing of beer. Starting in ancient times, brewing was fairly female-dominated, but that changed in western culture around the same time the brewing process became industrialized 150 years ago. In 2022, women are trying to reclaim their place atop the brewing world thanks to the proliferation of craft breweries, and one local woman is helping to lead the way.

If you’ve ever seen a beer commercial, they make it pretty obvious that women are not the intended audience for the product. It’s silly because obviously women like beer, and it doesn’t make much sense to cut off half the prospective audience for your product. Of course, making room for women in brewing is one thing, making them feel comfortable in a predominately male atmosphere is another.

Nine years ago, Karyn Boscariol launched the first ever Queen of Craft, and its purpose was twofold: To acquaint beer-curious women with the art and craft of making and tasting beer, and to raise money for charity, specifically Guelph Wellington Women in Crisis who’ve received over $50,000 from the event. So, on the brink of the returning to a face-to-face Queen of Craft, we’re going to ask the Queen herself to tell us all about the secret to her success.

On this week’s podcast, Boscariol will tell us about the origins of Queen of Craft, and how she got interested in beer. She will also talk about how the Queen of Craft events change every year (at least with one exception), and how it’s changed forever now that Queen of Craft is going back to in-person events. And finally, she discuss the importance of the fundraising Queen of Craft does, and whether or not there’s such a thing as too much craft beer.

So let’s talk about creating more Queens of the Craft on this week’s Guelph Politicast!

The first Queen of Craft event for 2022 is this coming Saturday at 10C Shared Space, and it will continue for the next four Saturdays. You can see the schedule and find links to tickets at the Wellington Brewery website. You can also follow Queen of Craft on Facebook.

The host for the Guelph Politicast is Podbean. Find more episodes of the Politicast here, or download them on your favourite podcast app at Apple, Stitcher, Google, TuneIn and Spotify .

Image courtesy of Queen of Craft.