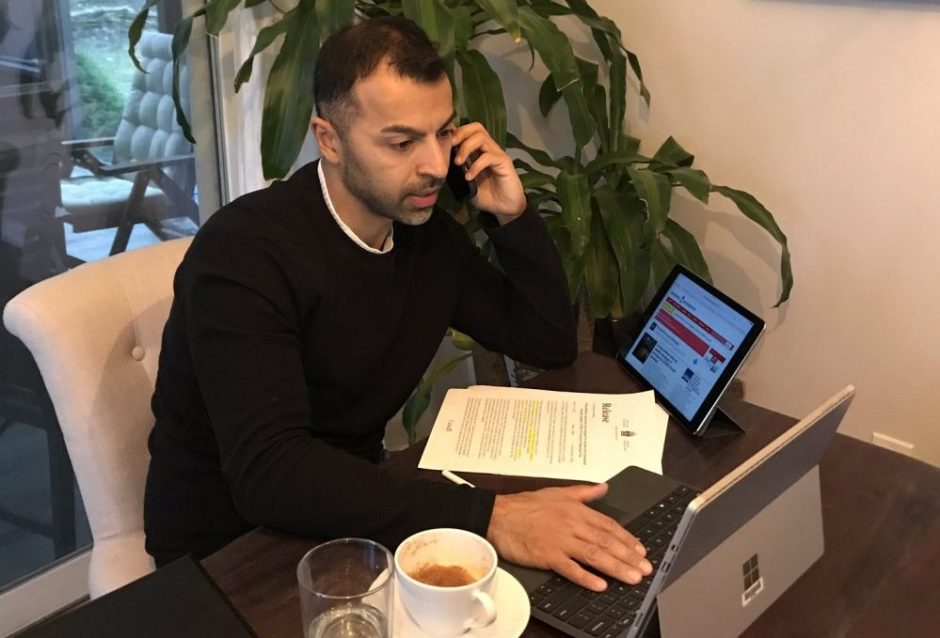 Kitchener-South Hespeler MP Marwan Tabbara has announced that he will be taking a “step back” from the Liberal caucus after it was revealed that he was arrested for a series of charges in Guelph on April 10. Tabbara will still be representing his constituents for the time being, but he also acknowledges the charges while adding that he’s being treated for anxiety and depression.

According to reports, Tabbara has been charged with two counts of assault, one count of break and enter, and commit an indictable offence, and one count of criminal harassment. The arrest of Tabbara, who has not been found guilty in a court of law, was only disclosed when the National Post asked both the Guelph Police Service and the Prime Minister’s Office was asked to comment.

The news of a Member of Parliament from a nearby riding being arrested in Guelph comes as a surprise. While the Guelph Police Service does not typically publish the names of people charged, there was no daily press release published on April 10 because of Good Friday, and the release published on April 14, the first work day after the Easter long weekend, had no mention of the list of charges Tabbara’s been charged with, or that a suspect matching Tabbara’s description was taken into custody.

Tabbara will be in Guelph court on June 19, but there is already a publication ban in place on proceedings and evidence.

As a proud Canadian who came to this country with his family to escape the violence of war, I deplore violence in all its forms.

In addition to my work and my commitment to human rights in Canada and abroad, I personally believe strongly in the right of every individual to live a life free of the hurt and trauma of physical, verbal or emotional abuse.

I am currently facing criminal charges which arose in April.

There are mandatory steps that must be taken to address a criminal case, and those steps take time, particularly with delays due to the pandemic.

Meanwhile, I continue to receive counselling and treatment for anxiety and depression, which I have been living with for some time.

Other than to state unequivocally that every incident of violence is unacceptable and inexcusable, it would be inappropriate for me to comment further while this matter is before the court.

In the interim, I will be stepping back from the Liberal caucus.

Meanwhile, I will continue to work diligently for my constituents, as their Member of Parliament, assisting them in accessing services and benefits to which they are entitled from their federal government.

One thought on “Kitchener MP Arrested in Guelph, Will “Step Back” From Caucus”