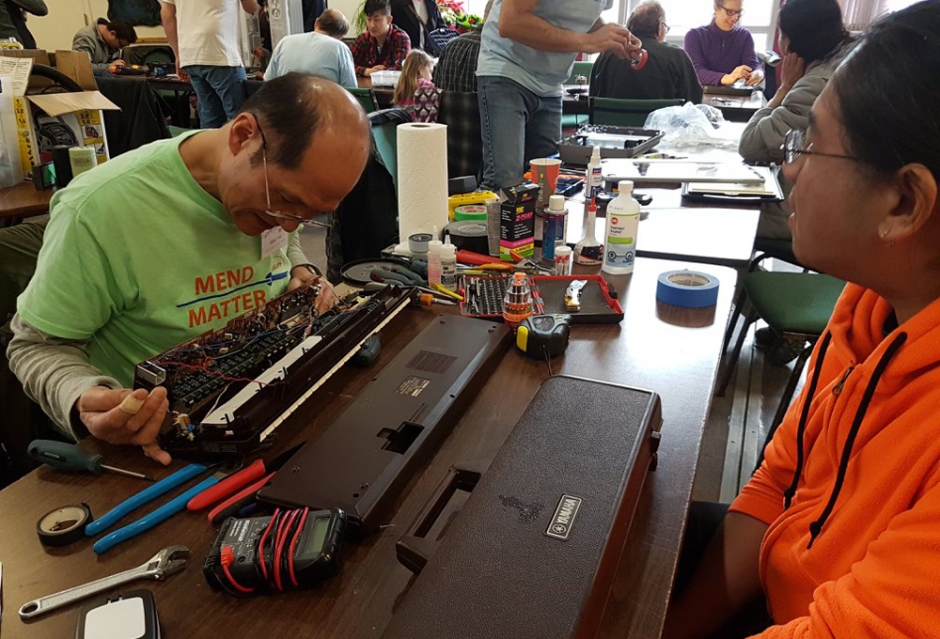 Have you ever bought a tool, used it once or twice, and now it’s just clutter in your garage or basement? Or maybe you’ve thought about buying a tool, butwanted to try it out first to make sure it really is the tool you want or need? Congratulations, you might be the kind of person that would benefit from a membership at Guelph’s newest, hottest library!

This week on the podcast, we hear from John Dennis, Susan Carey, and Steph Clarke of the Guelph tool Library. Dennis and Carey helped found the library in 2016, and Clarke is the Program Co-ordinator working with the library’s volunteers. In just a few short years, the Guelph Tool Library has become a preeminent local voice in sustainability, and having just received a Trillium Grant from the Province of Ontario, they’re ready to expand further.

Now, the idea of a tool library goes back almost four decades, but the concept caught fire again about a decade ago. Guelph’s library model is based, in part, on the Toronto Tool Library, which started in 2012 and in six years has loaned over 70,000 tools to over 5,200 members. Guelph’s not there yet, but it’s getting bigger, and it’s staking out new ground with programs that collect sewing machines for northern communities, and by launching a cell phone recycling program.

Of course, you already know that Guelph is library crazy, but this week we find out why they’re crazy about this particular library.

You’re going to hear from Dennis, Carey, and Clarke about the origins of the Tool Library, and its mission, what the future of the library might look like, and what the opportunities for expansion are. We also talk about changing attitudes about ownership, waste, and the sharing economy, and how the library plays into that. And we also talk about the lessons learned so far, like how do manage it when two people want to borrow the same tool.

So let’s check out (pun intended) the Guelph Tool Library with those that know it best on this week’s Guelph Politicast!

You can find out more about the Guelph Tool Library, what tools they have available, what programs they’re running, and how you can become a member or get involved here.