It was interesting to see the Lafarge site come back into the news this month. For the most part, nothing has really been happening with it in a good long while, but even in the days before Guelph Politico I had my journalistic eye on it, and given recent developments, I thought a dip into the archives might be advised.

This was the cover story I wrote for the Ontarion on March 13, 2008. You might recognize some of the characters, you might recognize some of the ongoing issues, but the important take away is that for 10 years, despite the concerns of residents, the dreams of developers, and the City’s efforts to balance both, nothing has happened in terms of developing the Lafarge site, till this month, when suddenly we heard that trees must come down.

So presented below is my article from March 2008 called, “The Lafarge Site: Citizens and councillors struggle to decide what will go there and how”:

Angry citizens, activist neighbourhood groups, pressured developers and a besieged city council going loggerheads with the Ontario Municipal Board (OMB)? Watch the date carefully because while this may sound like 2003, what we’re really talking about is what might be the next big debate over development in the Royal City.

Sitting in Guelph’s west end is a triangular tract of land bordered by the Hanlon Expressway and two sets of CN tracks, one behind Paisley Rd. and the other behind Waterloo St. At question is a proposal to create 400,000 sq feet of commercial and retail space on the property.

These 54 acres of open land is more commonly known as the “Lafarge site,” named for a cement plant operated by the construction material supply company of the same name, that once stood on the privately-owned property. At present, all that physically remains of the old building, which was closed in 1995, are odd collections of weathered cinder blocks.

Reclaimed by nature, the lot is made up of wide-open spaces, trees, various trails and Howitt Creek, which runs through the east end of the property. Area residents use it to walk their pets and get some exercise, while local kids have created elaborate dirt mounds and ramps for biking. But all good things…

“Yes, it will be developed, but at what impact to the community and the city,” says Ron Foley, who was one of a number of people that spoke about Lafarge at a recent city council meeting on the subject.

View this document on Scribd

Foley is a member of the Howitt Park Neighbourhood Residents’ Association (HPNRA), which began as a loose coalition of nearly a dozen neighbourhood residents, but has since grown to about 100 members. Foley makes it clear that his group is not anti-development; rather they are motivated by the desire to see the right type of development on the land.

“We understand that it’s private property, that eventually somebody’s going to figure out how to make money off of it and that the day the city or province could have bought it for a park or something has past,” Foley explains.

The gargantuan size of the proposed retail space, and its impact on the area, are of primary concern for HPNRA. If completed, it will be three-times larger than the area currently approved for the Wal-Mart on Woodlawn Rd, another development that was the subject of much public debate, including a protracted battle at the OMB.

Ward 3 Councillor Maggie Laidlaw has long been one of council’s strongest voices against big box development. She responded to requests for comment via e-mail from a conference in Florida.

“My first thought would be to preserve this last ‘wild space’ in our city ‘as is,’ but that is probably a pipe dream,” she says. “So I think that any developer should be moving away from the ‘big box’ scenario, and thinking about new urban designs, in conjunction with lots of consultation with the neighbourhood.”

“Development on the site, as far as we’re concerned, is quite natural,” observes Tony Leighton of the Guelph Civic League. The GCL has been a strong advocate for responsible development in the city. “It’s valuable inner-city land and the fact that someone would buy it and not develop it seems unlikely.” 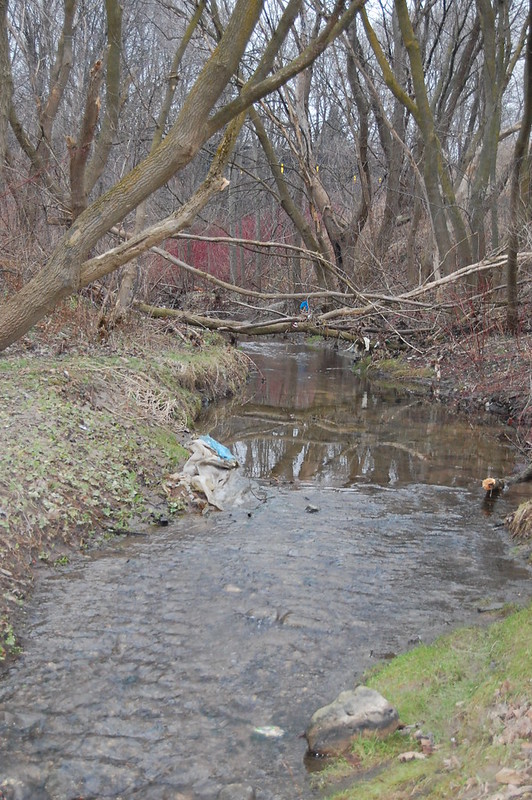 Leighton suggests that mixed residential-commercial is a better way to go for the site, which would mean a combination of dense residential development, services, small businesses and recreational space “Inside the city, one would hope that it could be developed in a way that would add value to the community,” he says.

Foley also desires to see some kind of mixed residential-commercial use on the Lafarge lands; smaller stores that augment, rather than conflict, with the surrounding neighbourhoods. “You’ve got to have something more than people driving from one store to another store to another store… That doesn’t work in an inner core.”

But why drive, when the area is already the centre between two rail lines. Sally Humphries, another member of HPNRA that spoke at the March 3rd council meeting, suggested a more radical, though kind of obvious, idea.

“The former Lafarge site, so centrally located and centred between rail links to Cambridge, London, Kitchener and Toronto, provides the city with a unique opportunity to establish a hub for future rail transportation,” she said in a prepared statement.

Not a bad idea, according to Laidlaw. “I also think that a possible GO station should definitely be part of any future development here, in order to encourage greater use of public transit and less reliance on the private car.”

Due to its location, a phrase repeated when talking about the Lafarge site is that it’s “land-locked.” The only road running through the area is Silvercreek Pkwy S, which can only be accessed from the west end of Waterloo Ave.

The north and south segments of Silvercreek are separated from each other by a set of CN tracks. For a commercial development to be placed there, an underpass would have to created at the train tracks in order for traffic to access Silvercreek South from Paisley, which is already extremely dense during peak hours. 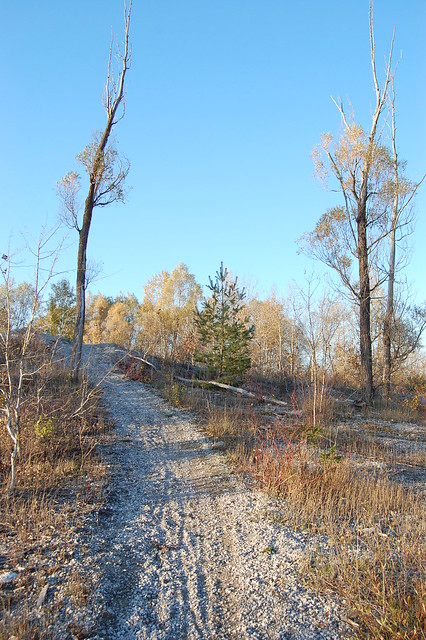 An exponential increase in the amount of traffic that currently uses local roads is of primary concern to the HPNRA. The developer themselves estimates that 1,600 extra trips per hour during peak times will be coming into their proposed commercial property, which is substantial given the surrounding streets are all two lane arteries.

This is where the controversy really begins. Aside from the debates over what should go on the site, questions are arising as to who’s going to pay to accommodate it in regards to a potential underpass.

At the council meeting, Michael Spaziani, a representative of developer Fieldgate Properties said that they would fund the creation of an underpass through development charges to the city.

“All of the sudden, it’s wait a second: that’s not the same,” says Ward 4 Councillor Mike Salisbury. “Development charges are not the same as you paying for it. [They’re] the money we get to offset the cost of your development. It’s sort of like putting the money in your pocket and taking it back out again.”

Salisbury has also been hesitant about the developers approach to getting their application forward. Already, they have appealed to the OMB saying that the city hasn’t responded to their application in the specified 120-day period. City councillors and staff, on the other hand say that the application was incomplete and that they were waiting for more information.

A hearing scheduled at the OMB for this coming July, seems a little premature to a lot of the parties involved. Salisbury has especially been critical of this matter in council. “The fact that this is before the OMB before it comes to council, that’s a big deal,” he says, adding “It feels like we’re negotiating with a gun to our head. It’s felt adversarial right from the beginning.”

“The application was not complete,” reiterates Foley who says the proposal’s move to the OMB spurned the HPNRA to incorporate, seek legal counsel and shore up their support. “In the last six months we’ve had more action than we have in the last three years,” he adds.

“There’s an appetite for the right development,” observes Salisbury. “A good example is the Gummer Building, where the developer came forward and said ‘Here’s something that forwards a lot of objectives in terms of downtown revitalization, can you help us out?’ It’s good business to invest in development in our city.”

At this point it can almost be argued that the only one wanting big-boxed retail is the developer. Foley and the HPNRA are committed to getting a plan for land that makes sense to all parties and that benefits the city both aesthetically and economically.

“This is where people live, so let’s put something [there] that’s going to match the existing community and not impact it in a negative way, or the city for that matter.” 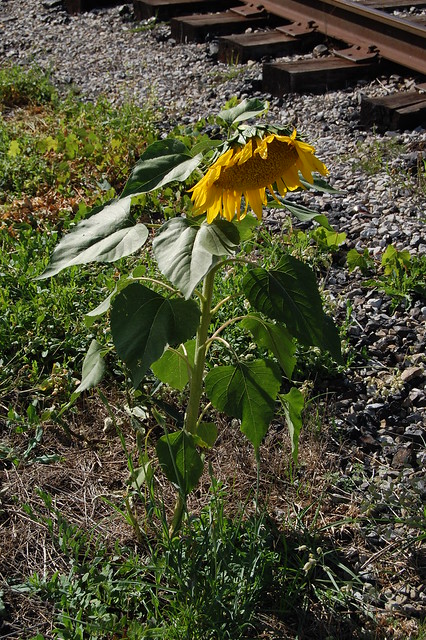 Since writing this piece for the Ontarion, there have occasionally been developments with the site (pun intended). In January 2009, mediation at the OMB with the City of Guelph, the Howitt Park Neighbourhood Residents’ Association, and Silvercreek Guelph Developments Limited, agreed to a series of compromises for development of the Lafarge lands including a mixed use employment/commercial and residential development, as well as preservation of several key natural features. By the next year, the OMB officially gave the go-ahead for the development as agreed upon by the city, the HPNRA and the developer.

Things remained quiet until January 2013, when Guelph Politico reported that construction might begin on the underpass at the tracks at Silvercreek Pkwy N in the spring, which did not come about. In December 2013, council approved an amendment to the site to allow for the potential construction of a grocery store on the site, which seemed rather impractical given that three other grocery stores are within 20 minutes walk of the Lafarge site. In any event, making that change did nothing to activate development, and for the last four years nothing has happened. With area residents waiting for the roar of chainsaws to start, the concern is that this time it’s real.