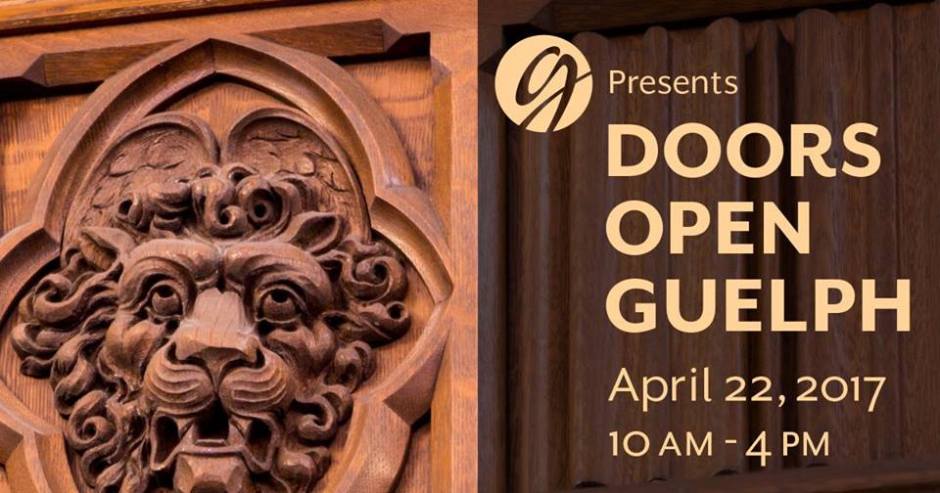 It’s time again for the annual celebration of local heritage by going behind the scenes in some of Guelph’s many famous and historically relevant buildings with Doors Open Guelph. Guelph Politico is taking part by trying to see how many sites I can visit during the day with 15 different stops spread out across the City.

You can follow along with the adventure on my Instagram feed for updates throughout the day from 10 am till 4 pm. Afterward, the complete collection of posts will be displayed in the Storify post below.