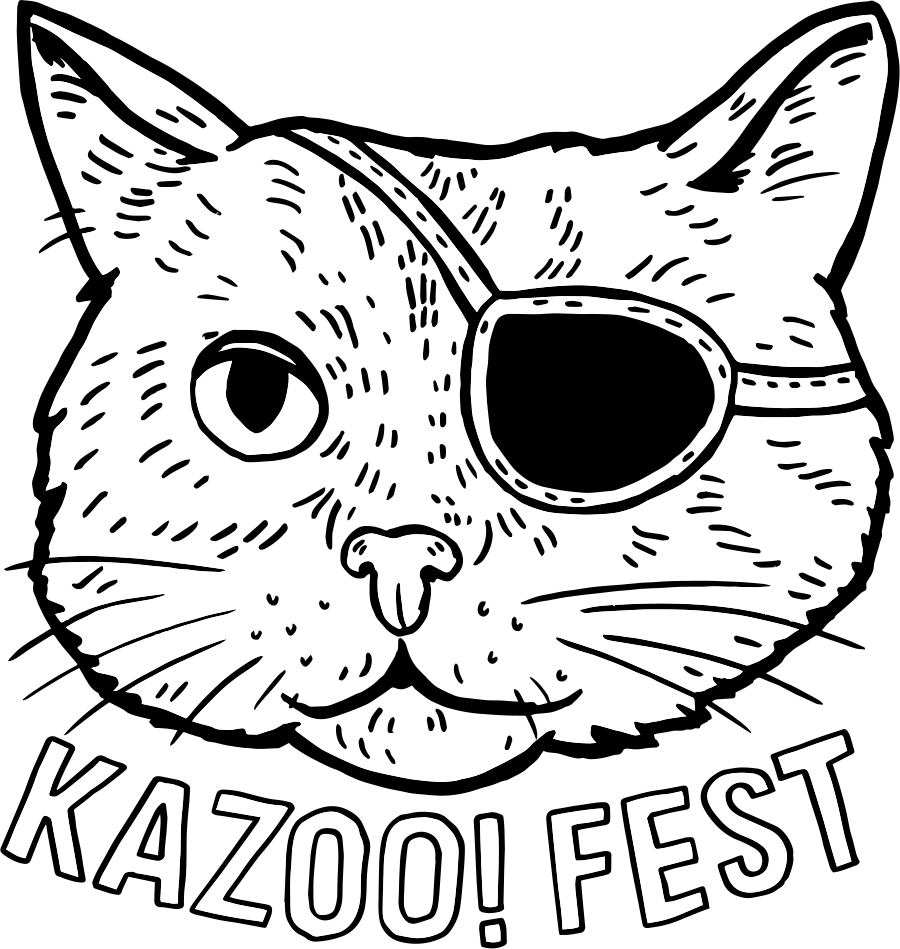 Kazoo, noun, “a small, simple musical instrument consisting of a hollow pipe with a hole in it, over which is a thin covering that vibrates and produces a buzzing sound when the player sings or hums into the pipe.” For Guelphites that like local music and grassroots art though, Kazoo means something very different. It means the start of the local festival season, and maybe some of the best music you’ve never heard of.

The guest on this week’s Guelph Politicast is Brad McInerny, the festival director and music programmer for Kazoofest. It wasn’t so long ago that McInerny *was* Kazoofest, as in he was the one that directed and programmed all aspects of it, albeit with the assistance of a group of dedicated volunteers, but as the festival and the programming grew, so did the demands, and now Kazoo is a growing non-profit with a board and volunteer staff all directing the massive five day effort that includes music, multimedia shows, a Night Market and a Print Expo.

But while Kazoofest this year will once again feature a lot of great programming, including a reunion of Guelph legends The Constantines, this is not a podcast about that. Instead, I wanted to talk to McInerny about the demands and responsibilities of organizing a festival like Kazoo, how Kazoo stands among a growing and expanding field of arts and music festivals, and whether or not there’s a ceiling for his local, grassroots events. In other words, how big can Kazoo get? Kazoofest may not be a part of the City’s “Fab Five”, but there’s no doubt its influence, or appeal, especially since it seems from the outside to keep getting bigger.

One note of disclosure though, I am on the board of directors for Ed Video Media Arts Centre, which is a partner of Kazoofest.

So let’s breakout our kazoos and talk about some local arts on this week’s Guelph Politicast.