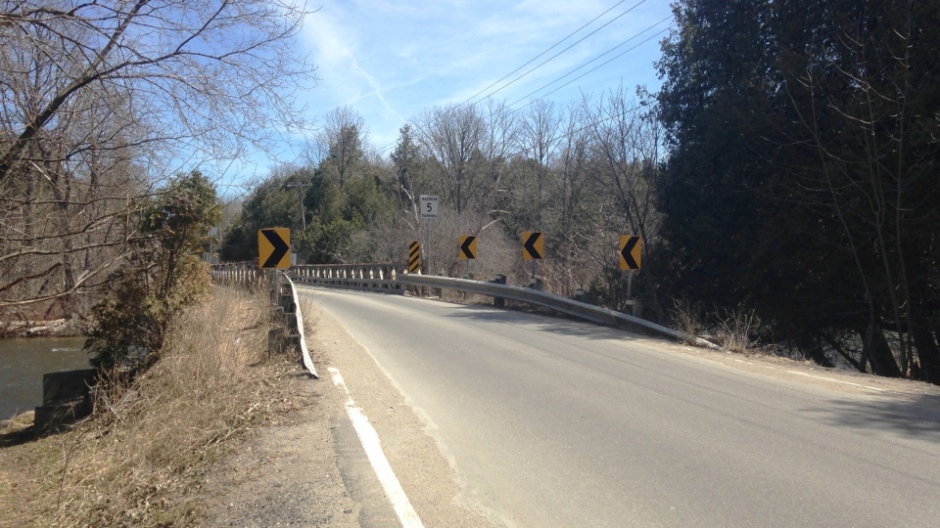 After a six-hour meeting on the subject last December, a decision was made that even the Mayor admitted would mean that “some people may be going home not liking the result.” Still, even by a vote of 9-4, the council endorsement of the new two lane Niska Rd. Bridge and other improvements to the western portion of the road was not the end of the story. As the Environmental Assessment at the Ministry of the Environment and Climate Change moves on to part II, the city has posted its responses to the concerns raised by local residents.

First things first, what is a Part II of an EA? “If you feel that significant outstanding issues have not been addressed in a Class Environmental assessment process and could be better addressed through an individual environmental assessment process, you can ask for a higher level of assessment. This is known as a Part II Order and anyone can make the request,” says the MECC website. And although only three parties filed a Part II, their list of issues with the Niska Bridge/Road project is long.

“We’ve provided the Minister with our response to the Part II Order requests, which addresses all of the outlined concerns,” said Kealy Dedman, City Engineer, in a press release. “The Niska Road study required a Schedule B Class EA however, we voluntarily increased the assessment level to a Schedule C to ensure the concerns of the local community were heard and thoroughly studied.”

Is that going to be persuasive to all those who think the process was railroaded and that council ignored the will of the community? Hardly. The 50-page report posted by the City featured a point-by-point annotated list of more than 50 objections raised by three different delegations, the Architectural Conservancy Ontario, the Heritage Speed River Working Group, and Nicole Abouhalka, an area resident that’s been very active on the file.

So I bet you’re thinking that the City’s looked at each of those 50-something points made by the three parties and discovered some pretty big gaps in their plan. You’d be wrong, of course. Of the 56 points listed, only one of them was met with a response that, to paraphrase, says, “we did that work already, and we did it better than we had to.” That one point was that the Heritage Impact Assessment (HIA) hadn’t been sent to the Ministry of Tourism, Culture and Sport and made available through them to interested parties and groups. One report had been forgotten to be included in other words.

Many of the other points raised by delegations under Part II includes concerns about increased traffic, the affect on the environmental and heritage landscape, and inferences that the process was not as open as it needed to be, and that some reports weren’t provided or information was offered at closed meetings that wasn’t made public. The City’s response on all of those points it that no updates are required and that the due diligence for all regulations, laws and agencies has been met or exceeded.

As for the response on the Ministry end, there’s no idea when that might be received. “Next steps will depend on the outcome of the Ministry’s review,” said Dedman. “Once the Ministry’s decision is made, we’ll appropriately move forward as directed.”

The project approved by council in December called for a two-lane bridge and an improved streetscape, but without a signalized intersection, at a cost of $4.8 million; $2.95 million was earmarked for it in the 2016 Capital Budget and Forecast. That night 23 delegations came out to speak to the issue, 22 of them against the proposed changes or the demolition of the Bailey-style Bridge, which was constructed in 1942.

The City is instant that the bridge is deteriorating and needs to be replaced while opponents are concerned about losing a vital piece of heritage and/or opening up Niska Rd to becoming an arterial road in the south end. In other words, this ain’t over.