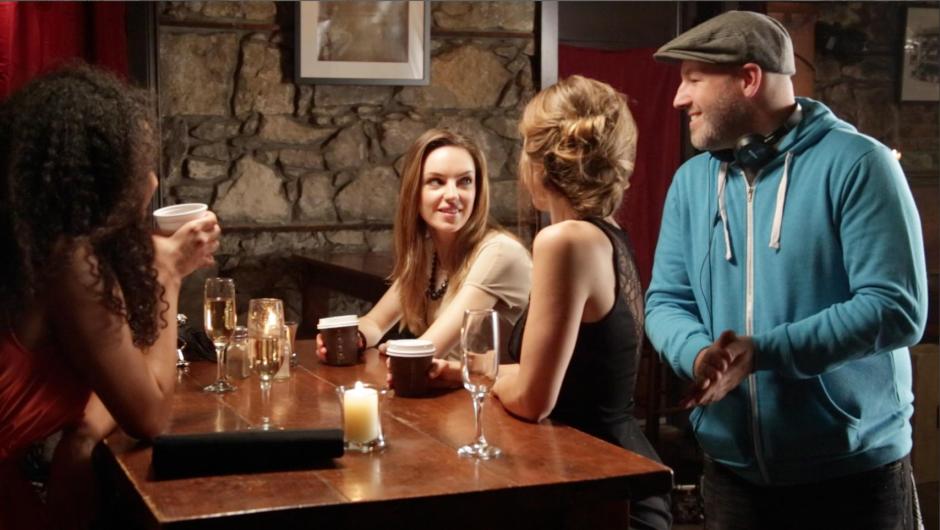 This coming Wednesday is Canadian Film Day, an occasion meant to encourage people to enjoy and appreciate Canadian cinema. Guelph is no stranger to big screen dreams, or small screen ones for that matter. The Amazon series 11.22.63 starring James Franco was famously shot here (in part) last summer. The Daniel Craig thriller Dream House, the Julianne Moore drama Blindness, and the sci-fi actioner Total Recall were all shot, in part, in the Royal City as well. But Guelph’s got its own filmmaking aspirations, and some Guelph filmmakers are enjoying success.

This week on the Guelph Politicast, we talk to Chad Archibald, a Guelph-based filmmaker that’s carved a niche for himself as one of the hardest working director/producers in Canadian horror cinema. His company, Black Fawn Films, has enjoyed an incredible output over the last eight years with 16 films completed, and several more in various stages of development. (Archibald met me after working on set construction for a new film, which was, sadly, the final job for his beloved truck that has been with him through several movie sets for a decade.)

Archibald’s career began in 2003 when he and Phil Carrer made Desperate Souls, an ultra low budget horror movie that took three years and a lot of local support to complete. Their hard work bore fruit, and the film was sold to Lionsgate, who distributed it through North America on DVD. Archibald and Carrer worked together on one more project Kill, before pursuing separate projects (amicably) and has since added Neverlost, The Drownsman, Ejecta, and his latest film Bite, to his filmography.

Admittedly, I’ve been a supporter and admirer of Chad for years, so getting to catch up with him was as much a treat as it was a task in producing this week’s podcast. In our conversation, we cover his past and his future in the film business, the secret to his success, how he learns and grows as a filmmaker, and why he has no plans to transition to either Toronto or L.A. any time soon. For this week’s podcast, you don’t need to be a film buff, but it will help.

We now cut to this week’s episode of the Guelph Politicast where I interview Chad Archibald.

To learn more about Chad Archibald and Black Fawn Films go to the company’s website here.

The theme music for Guelph Politicast is provided by Crazy Pills and their song “Break It Down” courtesy of Free Music Archive.

Things were a little more fractious at this week’s gathering of COVID skeptics at City Hall. Having media on site was a little more, shall we say, controversial. Story coming soon to Guelph Politico.
Look who was back in #Guelph today: Ontario Liberal leader @stevendelduca. He has beef with the Ford government, and an article will be coming soon to Guelph Politico. Stay tuned.
Happening soon: @mayorcamguthrie and @wdgpublichealth officials will discuss the conversion of this hockey pad in the West End Rec Centre into a vaccination clinic with the media.
So a quick update about the anti-mask event in #downtownguelph today: half the announced speakers were no shows, but Death stopped by for a minute. Local angle saw the mayor and the CAO get accused of being pawns of the UN, but it was as all par for the course. Working on a Politico post about it all.
Happening now: an anti-mask gathering is warming with shouts about hugs and smiles in downtown Guelph. Stay tuned for more.
Looking for a good cause this #givingtuesday, why not local journalism? https://guelphpolitico.ca/2020/12/01/please-support-local-news-and-journalism/